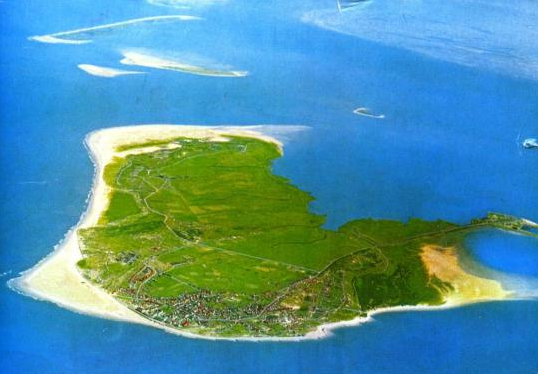 This is simply a stream of thinking about the origins of the Banting name, the purpose is not to claim any absolutes but simply to attract comment and capture thoughts.

I was collecting data of the earliest records of the Banting name and variants, when I came across the name Frisa Bantinge in the Oxford cluster.

Frisa is used as a name to describe someone who came from the Frisan Islands, a low-lying chain of islands that extend from the northern coastline of the Netherlands east and north along the coast of Germany then ending on the southwestern coastline of Denmark.

There is an island called Borkum  bordered to the west by the Westerems strait, forming the border with the Netherlands, to the east by the Osterems strait, to the north by the North Sea  and to the south by the Wadden Sea

Borkum was once part of a larger island called Bant, which consisted of the present day islands of Borkum, Juist and the western part of the island of Norderney.

Read about the History of the Friseans to get a better overall view than I can give, in particular the discussion of dyke building and why it was necessary, thinking migration. 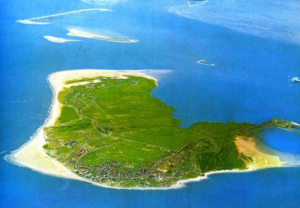 Borkum Island once part of the larger island of Bant.

Bantinge is a name found in parts of the Netherlands from the C14th.

Friesland is thought to be one of the source locations for Anglo-Saxon immigration both because of its geographical location and because Frisian is considered to be the closest extant language to Old English.

An interesting website that explores surnames from this part of the world can be viewed here.

In 1484, Bant passed to the Earls of East Frisia who developed trade, and the island became known as a centre of piracy and whaling and the people started to migrate once more.

Today’s Frisians are among the most Nordic-looking people outside of Scandinavia, the Anglo-Saxons not only used the Frisian islands as ‘stepping stones’ in their conquest of Britain but made permanent settlements on the mainland. They formed the majority of the population, and in essence, became the ‘new Frisians’.  Indeed, a recent DNA study by University College London shows that the y-chromosomes of Englishmen in Central England are essentially the same as the y-chromosomes of Frisians!

Immigration to Britain from Friesland continued in the early Medieval period, the Frisians were extremely accomplished cloth makers and traded wool from their Frisian ‘cousins’ in Southern England.

The name Banting could very possibly have it’s origins in the Netherlands. If anyone has a view on this I would be happy to hear it, as I said, it’s just a train of thought………….

And another thought about the ‘ing’ ending.

It can be found abundantly in East-Friesland (Germany).
-inga:
Surnames ending on -inga are the oldest. The ending -ing means “belonging to” or “related to” the person named in the name before. The -ing ending appears in most of the other Germanic languages (e.g. Witting (son of Witte) is Old-English; or Carolingi (Charlemagne and descendants) is Frankish; or Skil¡Ofingar is Old-Norse).
Frisian names are Abbinga, Dekkinga, Eisinga, Osinga, Piebinga, and Tamminga. This type of surname is plentiful in Friesland.
-nia:
This ending is the worn down form of -inga. E.g. Burmania, Tania, Sinia.
Most of the endings named above followed a first-name. But there are also Frisian surnames that are derived from names of places. Places like in towns and cities (e.g. Deinum, Van Dokkum, Van Slooten (Van is a preposition)), or in Van Dam (Dam=dam) or Van der Wal (Wal=embankment).